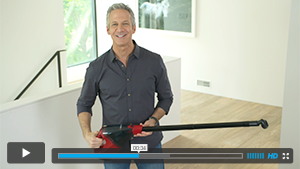 Producers and Directors appreciate Tom's speediness at nailing dialogue, mastery of the teleprompter, superb interviewing ability (always making the interviewee look good), and well honed improvisational skills. An example comment from a director to Tom: "You're the most compelling and authentic sounding presenter I've worked with."

Whether he’s playing the everyman host, product demonstrator, or asking for the sale – Tom always delivers. Plus, with his skills at writing/directing/producing, Tom brings added value to the host role. When you use Tom to host your next show, you’ll be getting someone who can bring more to the table than just a great on-camera host... you’ll get a ‘Host Plus!’

To hire Tom to host your next infomercial hit, contact Blair Taylor at Commercial Talent (818/505-1431).